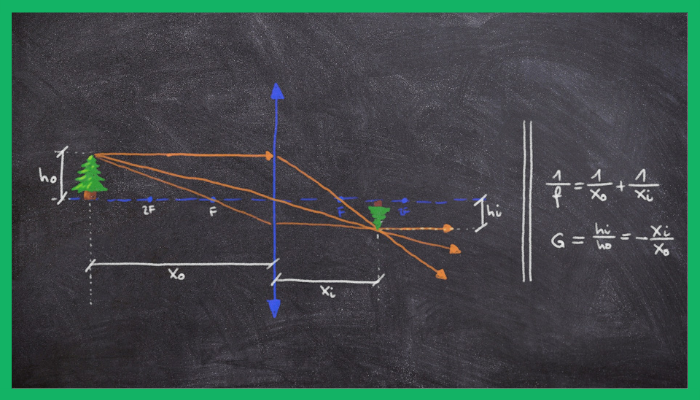 In this post, we shall learn about Light and Lenses. We shall also learn about Different led lens types. Before we start let’s see what we are going to cover today.

What is Light and Lenses

The lens is called the special part of the equilibrium and transparent medium surrounded by two specific geometric layers. The floor can be either spherical or a sphere and the other is flat.

Depending on the size of the two layers of the lens, each of the convex and concave lenses can again be divided into three classes.

Refraction of Light Through Lenses

A convex or concave lens can be considered as the sum of a few fragmented prisms.

In the case of a convex lens, the ground of these prisms is oriented toward the center of the lens and the farther the angle the farther the prism is from the center of the lens. Again, when the light passes through the glass prism, it is curved to the ground, and the higher the refractive angle of the prism, the higher the radiation loss. So when transposed through a convex lens, the parallel ray convergence becomes the ray and joins at a point.

This is called the focusing action of the lens. This is why convex lenses are called convergent lenses.

Use of Convex lenses examples :

Thus the ground of the prisms in the concave lens lies in the opposite direction from the center of the lens. In this case, the rays will be the opposite. As a result, after being replaced by a parallel ray lens, it seems as if the radius of a point is parallel to the ray.

This is why the concave lens is called the apical lens.

Use of Concave lenses examples

What Kind of Image is Formed by Concave Lenses

let us learn about image formation by concave lenses. The following rays of light are considered while constructing ray of light diagrams for locating the images formed by a concave lens for the various positions of the object.

An incident ray of light coming from the object parallel to the principal axis of a concave lens after refraction appears to come from its focus.

An incident ray of light passing through the optical center comes out of the lens without any
deviation. A concave lens always gives a virtual erect and diminished image whatever may be the position of the object.

Let us now draw ray diagrams to show the position of the image when the object is placed at infinity and between o and f1 and any position between infinity and o.

So the image formed is At f1

So the image formed is between o and f1

When the object is placed at any position between o and infinity a ray of light comes from the object parallel to the principal axis an incident ray after refraction diverges and appears to come from its focus. A ray of light passing through the optical, an incident ray after passing through the optical center comes out of the lens without any deviation. So the image formed is between o and f1 erect virtual diminished.

Some other type of Lenses

To prove that :– the abatalottala and the radius of curvature of the surface at a relatively low alokakendra uttalabatala lens and the lens is positioned on the outside of the main axis.

The Lens has two Main Focuses:- If the two focuses are on the opposite side of the light center and the medium on both sides of the lens is the same, the first and second focus are at the same distance from the light center.

Formation of Real Images and Virtual Images by Convex Lens

The reflection of an object through a convex lens depends on the four religions of the lens.

3 Difference Between Real and Virtual Image

Linear Magnification: – The lens is formed by the reflection that targets the targets depending on the location of the object larger or smaller than or equal to that of the evolution of the power of the lens.

Glacier Works And Classification Of Glacier

What is Scattering of Light

Definition: – White or multicolored rasmigucchera, in fact, several letters to divide the light dispersion say. Sir Isaac Newton discovers the scattering of light. He found that when the sun’s rays (white light) passed through the glass prism, Types of light scattering was divided into seven different rays.

Testing: – A light ray of white opaque on a refractory floor of a prism with a fine hole in an opaque screen. When the ray of light erupts on a screen from the bottom of another prism, it will be visible on the screen with seven different colored stripes. At the top of the strip are red, then orange, yellow, yellow, green, blue, dark blue, indigo, and purple, respectively. This multi-colored stripe is called a spectrum. Prism does not create the color of light – it only separates the light rays of different colors present in white or multi-colored light.

Rainbow: – Rainbow is a natural example of light diffusion. If the atmosphere is freshly rainy, sometimes the opposite direction of the sun can be seen in bowls of different colors, such as a bow – this is called a rainbow. This is due to the dispersion of sunlight by the particles of rain.

Definition : – The white light is transmitted through the prism and turns into seven different colors. When you put this luminosity emitted from the prism on the screen, the wide stripe found by the light of those seven different colors on the screen is called spectral.
The first letters of the English name of the alphabet found in the white light scatter are arranged in the alphabetical order of the seven letters, the word ‘ VIBGYOR ‘. Similarly, the word ‘ Benia, shakala ‘ is found in the first letter of the Bangla name (purple, blue, sky blue, green, yellow, orange, and red).

Pure Spectrum: – In separate and clearly visible spectrum white light is seven letters, and the letters of the respective space are occupied, called Pure Spectrum.

Impure Spectrum: – The seven-color spectrum white light on each other as a result of reading the letters are separate and clearly visible, and the letters do not have their own space, the Spectrum was Incorrect.