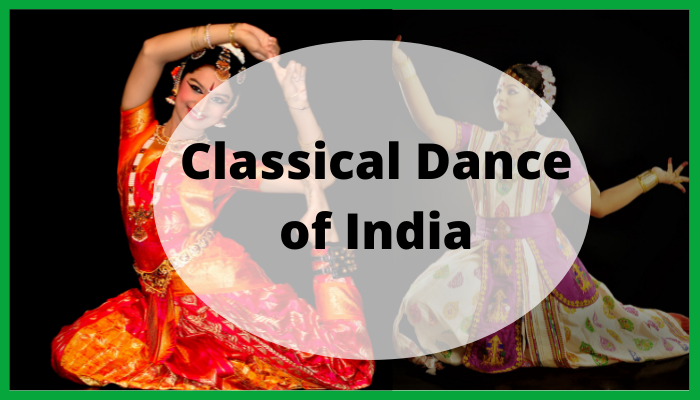 Dance is a Physical expression of emotive of music. “Gestures Coupled with rhythmical movement to expressions can be defined as Dance” Expression of mind through body movements. In ancient culture, dance was purely for spiritual practices and in modern society – entertainment. The pleasure of dance is in watching that music through the visual expression. Literary work which gives information ancient Indian is  ‘Natyashastra’ by Bharata Muni.

According to Sangita Ratnakara and Abhinaya Darpana , ‘Dance has 3 parts.’

List of Folk and Classical Dances Of India State Wise

According to Sangeet Natak Academy, there are 8 types of Classical Dances in India .

‘Bha’ stands for Bhava which is mood. ‘Ra’ for Raga=Music, and ‘TA’ for Tala =rhythm. Natyam stands for Nithya. Originated in Tamilnadu .

What is Folk Dances ?